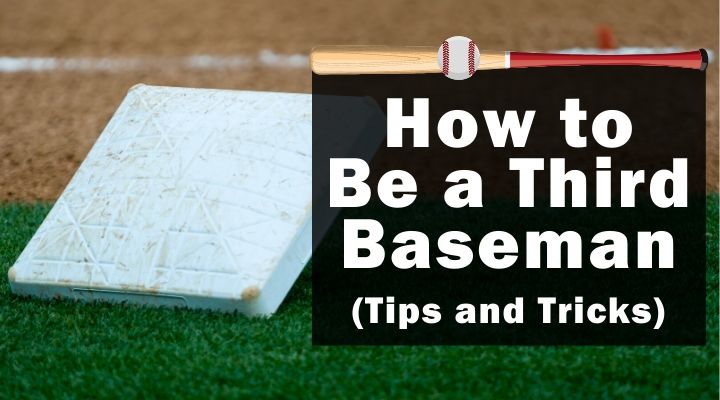 Third base is known as the Hot Corner.

It can be challenging to play for a number of other reasons.

Third basemen often have to make very long throws to first base and will be required to throw at odd angles -- whether to second base or to first base.

The position also requires players to man a bag on the infield, meaning there are plenty of opportunities for contact with an incoming runner.

Specific skills are also needed for third basemen to be able to scoop balls out of the dirt and receive throws and then make quick tags.

At the plate, third basemen are often counted on to be solid contributors.

While they aren't always the biggest offensive weapons a team may have, they normally provide a good amount of power and pop.

Batted balls often coming screaming in fast at a third baseman, who doesn't have as much time to react to these as, say, a first baseman does because he often plays much closer to the plate.

But what makes a good third baseman?

How can you tell if a particular player would be a good fit as a third baseman?

Here are some ways. 6 Traits of a Great Third Baseman

Third basemen need to have cat-like reflexes, as they say.

They’ll often position themselves even with the bag and sometimes even a little in front of it, depending on the game situation.

This means that they won't have a lot of time to react to hard-hit groundballs or line drives hit in their direction.

In fact, third basemen will often get the least amount of time to react to a ball than any other position on the field.

Not only do third basemen have great reflexes, but they need to have strong hand-eye coordination as well.

It's the only way that they’ll be able to cleanly field hard-hit ground balls and line drives.

While a third baseman won't be able to field every ball hit his way with no errors in his glove, he can still get the job done by knocking the ball down with his glove or his body.

Even in these situations, though, he'll need good hand-eye coordination to be able to pick up the ball with his bare hand and then throw it across the diamond to first base.

Third basemen will sometimes be required to make pretty long throws across the diamond.

When they play far back behind the bag -- in situations such as when a team's right-handed hitting cleanup hitter is at the plate -- they'll be very far away from first base.

In other situations, a third baseman might not have to make a far throw, but he'll have to get it to first or second base in a hurry.

This means he'll need to throw the ball with a lot of velocity.

Both of these instances require a third baseman to have a strong arm.

He needs to be able to throw the ball with accuracy and velocity so that he can nail runners out before they reach their desired bag.

And the only way to do that successfully is if he has a strong arm.

A third baseman can sometimes be seen as a catcher who doesn't wear protective equipment.

They have batted balls coming at them at high rates of speed, and their job is to knock them down and keep the ball in front of them.

That responsibility sounds very similar to that of a catcher -- except a third baseman must do it without a chest and leg protectors, or a full face mask and helmet.

Third basemen can't be afraid to get a little banged up.

They must be able to handle some bumps and bruises and keep on getting up and doing their job play after play.

Third basemen will move from side to side very quickly to try to reach balls that are hit to their left or their right.

This will require them to shuffle their feet from side to side quickly as well, just so they can reach the balls.

Once they field the ball, they must also quickly shift their feet to a throwing position to either first base or second base (most of the time).

And, as mentioned before, they'll often not be facing a very natural direction to make those throws.

Therefore, they'll need to have some great footwork to field, pivot, step, and throw.

6. Third Basemen Have Some Pop

Third basemen are often counted on to provide some offensive pop.

They don't necessarily have to be the best hitter on the team, but it certainly helps if they can produce a lot of extra-base hits.

Third basemen will typically bat anywhere from third through sixth in a batting order.

These lineup spots are normally reserved for players who can drive the ball hard and can advance runners in front of them.

The best third basemen will often hit a good amount of doubles and home runs. A third baseman has a wide range of roles and responsibilities.

1. He Must Keep the Ball in Front of Him

A third baseman's primary responsibility is to keep batted balls his way in front of him.

It'll be nearly impossible for a third baseman to cleanly field every ball hit his way, especially with how hard they’re often hit.

It also won't be necessary for him to do so, though.

One of the advantages the position has in fielding such hard-hit balls is that players will often have more time to corral the ball and throw it to first (or second) base to get a runner out.

It isn't as important, then, that he fields the ball cleanly in his glove.

If he's able to knock a hard-hit ball down, he'll still have plenty of time to pick it up and make a successful throw across the diamond.

It's imperative, though, that he knocks the ball down and keeps it in front of him.

If the ball gets by him or bounces too far to either side, a runner could easily end up taking an extra base.

2. He Must Position Himself Properly

A third baseman must always know the game situation and understand where he should position himself on the field as a result.

All third basemen will have some help from their coaches in this regard -- especially younger third basemen -- but it's good for them to know where they should be positioned based on the situation.

He needs to know whether he should be closer in toward the plate because a bunt is a possibility.

He needs to know whether he should be further back behind the bag because a good hitter is at the plate.

He needs to know where to position himself in potential double-play situations or stolen base attempts.

By being in the proper position, a third baseman will be making it easier on himself, and give himself extra time to react.

Even a half-second in this regard can make a world of difference.

A third baseman will be heavily involved in cut-off throws from the outfield.

On throws to second base, the third baseman needs to be prepared to serve as a back-up in case the ball is thrown off target.

On throws to third base, the third baseman must help to align either the second baseman or shortstop correctly between the outfielder and the bag to shorten the distance the ball travels.

Then, he must be prepared to catch a throw from that player and potentially apply a tag on a runner heading to third base.

On throws to home, the third baseman will sometimes serve as the cut-off man.

When at bat, a third baseman's primary responsibility is to make hard contact.

The harder he hits the ball, the harder it’ll be for the other team to field the ball cleanly.

As mentioned before, a third baseman will be counted on to contribute offensively by moving runners along the diamond.

He'll do this by hitting a bunch of extra-base hits, but also by hitting sacrifice flies and moving runners up with hard-hit ground balls.

While he doesn't need to hit for the highest average on the team, he'll be looked at to make a big impact in the game at times.

The way to do this is to hit the ball hard and make contact as often as possible. 3 Tips for a Third Baseman

Here are some tips for players who want to be a good third baseman:

Third basemen need to be strong.

It takes a lot of strength to have a powerful throwing arm -- that much is obvious.

But it also takes a lot of lower body strength to be able to shuffle side to side quickly and make the off-balance throws that are necessary for the position.

A good regimen in the gym of weight training will help a third baseman acquire the strength he needs to play the position well.

2. Work on Your Hands

If you want to be a good third baseman, you'll need to work on your hand-eye coordination and your reaction.

One great way to do this is to get a tennis ball and stand near a hard wall.

Throw the ball off the wall and try to catch it with your left hand.

Then shift and try to catch it with your right hand.

You can adjust how close you are to the wall and how hard you throw the ball to work on different reaction times.

You can even have the ball bounce on the ground before it gets to you so you can work on scooping balls off the ground.

If you want to be a good hitter, you need to spend a lot of time in the batting cages.

Good hitters who can hit for power and contact are strong and have great hand-eye coordination.

So, once you work on the first two steps above, you'll be ready to work on your offense.

Spend as much time as you can in the cages, and work first and foremost on making consistent contact.

Once you do that, then you can work on making consistently hard contact.

Remember, it'll be your job as a third baseman to make an impact at the plate.

You'll want to drive in runs and move runners along the diamond.

Batted balls come at you at very high rates of speed at the position, which requires third basemen to have a lot of quick reaction skills that aren't necessary at many other positions in baseball.

While third base is a demanding position and can take quite the toll on your body, it's a great position to master and one that's constantly in on the action.