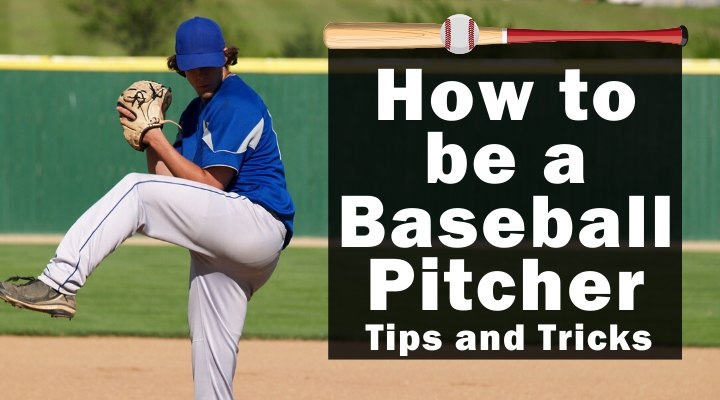 ​The baseball pitcher is unlike any other position in the sport.

Sure, there are some similarities, such as fielding a position and throwing the ball, but that's about where the similarities end.

The pitcher is the only position that’s involved in every single play.

Even though the catcher receives each pitch, there are pick-off attempts that the pitcher does in which the catcher isn't involved.

Much of the outcome of a game rides on the shoulders of a baseball pitcher -- both literally and figuratively.

While the pitcher is part of a team, and his success does rely on his other teammates on the field, the position is a very individual one.

Truly great pitchers are few and far between, and that's because to be successful at the position, it takes the perfect combination of three categories of skills:

To be a great pitcher, you don't have to possess all three categories of skills listed above.

If you don't have a powerful arm that can throw 90+ mph, you can overcome that by pitching with finesse and having great movement on the ball.

Hall of Famer Greg Maddux is the perfect example of this.

​You can also overcome a lack of finesse by simply being a flame-throwing pitcher. Hall of Famer Randy Johnson may fit into that description nicely.

No matter what category of physical skillset a player falls into, though, the one thing every great baseball pitcher must have is smarts and mental toughness.

6 Traits of a Great Baseball Pitcher

The first thing many scouts will notice in a pitcher is the velocity of their pitches.

You can teach a lot of skills to a pitcher, but you simply can't teach velocity.

Either you have it, or you don't.

In youth baseball, coaches will look for players who have a strong arm and throw with velocity.

The harder a pitcher throws, the harder it is for a batter to make solid contact.

As mentioned before, you can overcome a lack of extreme velocity by having good command.

This means that you're able to place your pitches almost exactly where you aim them.

Of course, no one's perfect (not even Hall of Famers), but good pitchers will be able to throw the ball to a specific spot on the plate on a consistent basis.

Pitching is all about repeating the same process over and over again.

In a typical Major League Baseball game, a starting baseball pitcher may throw 100 pitches in a game.

If he even misses on a handful of his pitches because he can't be consistent, then the outcome for his team could be disastrous on the scoreboard.

Youth baseball pitchers probably won't throw that many pitches in a game, but it's just as important for them to maintain consistency.

Pitchers must be able to repeat the process of getting set, winding up, and releasing on every pitch.

Being able to repeat a process over and over consistently takes extreme focus.

A great pitcher must be able to concentrate on each step of his delivery to make sure that he isn't making any mistakes or doing something a little differently than before.

One tweak here or there can completely throw off the trajectory of a pitch.

In addition, a great pitcher is able to drown out all the noise around him and just focus on the catcher's mitt.

He’s able to silence the roar of the crowd and the other players who are making noise and talking while he's trying to pitch.

Pitching is a very individual position.

And while that singles him out while he's standing on the mound, it also attracts a lot of attention from other players on the team as well as coaches in the dugout.

A pitcher is going to get constant feedback throughout a game, whether it be from the catcher and pitching coach/head coach while he's on the mound, or from any of those people while he's in the dugout between innings.

It's important, then, that a baseball pitcher is coachable - that he listens to what others are saying and can handle constructive criticism.

You may look at that word and think it's an odd trait you'd want a pitcher to have. It's usually a negative term and not something you'd really want anyone in life to be.

However, pitchers should have a sense of arrogance when they're on the mound.

They should think at all times that they’re better than every batter stepping to the plate and that they can't (and won't) be beaten.

That sense of arrogance will serve a pitcher well, as he really needs to have a "Me Versus the World" mentality.

Of course, you want that arrogance to go away once the game’s over. It may seem that a pitcher has only one job to do - throw the ball.

In reality, though, a pitcher has a lot of roles and responsibilities on the field.

This one is obvious, of course. A pitcher's primary job is to pitch.

A better way to label this responsibility is probably "Control the Game."

The pitcher's primary goal is to limit the opposing team's offense.

He does this by preventing batters from reaching base safely.

He must not only get the batters to make an out, he needs to avoid walking batters by throwing strikes.

A baseball pitcher doesn't just take the mound for every pitch and then throw it to the catcher's mitt.

He throws a handful of different types of pitches, and he throws them to different locations on the plate.

While youth pitchers won't often call their own pitches (that'll be done by a coach, most likely), all pitchers must be able to understand game situations when they're on the mound.

(a) How many runners are on base?

(b) How many outs are there?

(c) Is it likely that the hitter may try to bunt?

It's the pitcher's responsibility to know all these things before he throws each pitch.

Great pitchers study not only the game but the opposing hitters.

This is a lot easier to do as you get to more advanced baseball leagues, as coaches will be able to provide you with in-depth scouting reports and even video to study on each hitter you may face in a game.

Even at lower levels of the game, though, you can pay attention to how a batter is standing in the box, what position in the batting order he is, and also remember what he did the last time you faced him in an earlier game or earlier at-bat in the same game.

This will help a pitcher know whether a batter has trouble hitting a curveball, for example, or whether he doesn't do well against balls thrown on the outer half of the plate.

Fielding the position for pitchers isn't just about being ready to scoop up a grounder back to the mound.

A pitcher has two other main responsibilities when it comes to fielding the position.

(1) He must be ready and willing to cover first base on any ground ball that's hit to the right side of the infield.

When the first baseman goes after a ground ball, it’ll take him away from the bag, leaving it empty.

It’s the pitcher's job in these situations to cover first base and take the throw from whoever fields the ball.

(2) A pitcher will also back up throws from the outfield to third base.

When a batter hits a ball into the outfield and there looks like there may be a throw to third base, it’s the pitcher's responsibility to go into foul territory halfway between third base and home plate.

His job is to watch the throw and prevent it from going into the third-base dugout or behind him if the throw is offline.

This will prevent runners from advancing bases. 4 Tips for a Baseball Pitcher

Here are some tips for players who want to be a good pitcher:

1. Get in Good Shape

Pitching is a position that’s very taxing on the body.

That's why it's important to be in good shape.

When you're old enough, you should start doing some weight training in addition to some cardiovascular training as well.

But don't just focus on your arm and upper body.

Pitching is as much about having a strong core and lower body as it is a strong arm.

A pitcher gets a lot of the power behind his pitches from his legs.

Before you try to throw the ball as hard as you possibly can, you should start by working on your accuracy.

Have someone be a catcher for you, or set up a strike zone against a wall with some tape. Then, practice over and over again throwing the ball within that strike zone.

Once you're able to consistently do that, try hitting specific spots within the strike zone.

In other words, try hitting the outside corner over and over again, then move to the inside corner, etc.

3. Learn Pitches One at a Time

It's natural for a pitcher to want to learn as many different pitches as possible right away so he can have a full arsenal to keep hitters off balance.

But the best way to become a great baseball pitcher is to learn one pitch at a time.

Start by getting a good fastball down, one that you can throw with velocity and accuracy.

The next best pitch to learn is a changeup, especially for youth baseball players.

Once you have those down, move onto a breaking ball -- either a curveball or slider.

The best advice for a player who wants to be a great pitcher is to study and learn the game.

The more you can learn about the game, the better pitcher you'll be.

The best part about this is it's fun. All it really takes to learn the game is to watch some good baseball and talk about it with other people who know the game.

Being a great baseball pitcher is more than just throwing the ball as hard as possible at the plate.

It takes lots of other skills including finesse, smarts, and endurance.

But if you follow some of the tips above, you'll be well on your way to being that great pitcher you want to be.