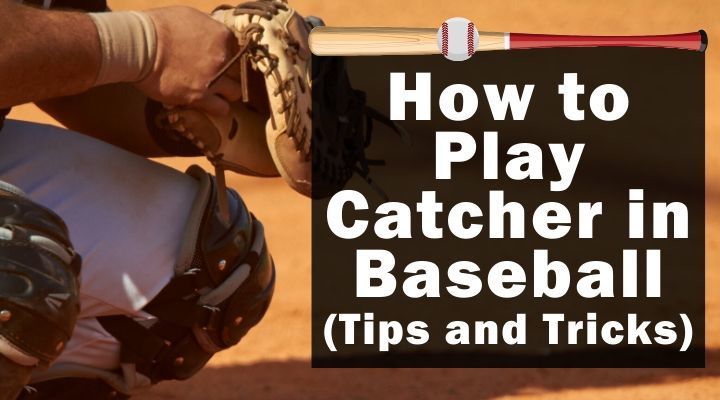 ​Catcher is a very difficult position to play in baseball.

It can be a grueling position on the body, both because of the stance baseball catchers must take on each pitch and because of the constant contact the body is making with a hard baseball that’s traveling at a high rate of speed.

Many catchers aren't atop the leaderboards in offensive statistical categories because their focus is on defense first - and because the demands of the position physically make it tough to execute as a hitter.

Many of those catchers who do possess significant offensive prowess often switch positions later in their careers so they can prolong their careers.

A recent example of this is Buster Posey, who switches off and plays first base occasionally for the San Francisco Giants.

But those types of catchers are very rare.

While they’re involved in literally every pitch of a game, catchers often go unnoticed -- and that’s when they’re normally at their best.

While they’re not the ones who are delivering the pitch or making a miraculous play in the field, what they do on a pitch-by-pitch, inning-by-inning basis has perhaps a greater effect on the outcome of a game than any of the other positions.

All told, a catcher runs the defense.

He leads the team by calling pitches (at the more advanced levels of the game), framing pitches to make them strikes, blocking balls from going to the backstop, calming down the pitcher when he gets out of control, and positioning fielders depending on the game situation.

As such, a catcher must learn not only his position but at least have a base knowledge of every other position on the field.

He must know what makes pitchers tick and what pitches are more effective in every game situation.

He must also understand the basics of every other position on the field.

He's constantly moving, going up and down from the crouch position, thrusting to his knees and giving up his body to block pitches in the dirt.

He's always paying attention to the batted ball in play and backs up throws to both first and third base.

He's responsible for controlling the other team's running game by gunning down would-be base stealers.

And while other position players are sometimes subbed out for better offensive or defensive players later in games, catchers often play every pitch of every game.

But what makes a good catcher?

How can you tell if a particular player would be a good fit as a catcher? 6 Traits of a Great Baseball Catcher

He's OK with blending into the background and just doing his job.

While this is more a personality trait than a skilled-based trait, it's a very important one.

Catching, after all, is one of the only positions that definitely requires a certain personality to play successfully.

While baseball catchers often blend into the background, they also must be vocal leaders of the team.

They can't just sit silent all game and just do their job, as some other positions may be able to do.

Instead, they must communicate with the pitcher and other positions as the game is going on.

The catcher is the leader on the field, and the only way to effectively lead in baseball in this way is to make your voice heard.

Catcher is the one position on the field that’s directly responsible for another position - the pitcher.

While a great catcher won't necessarily make a pitcher great, he can certainly make one bad.

If he doesn't receive pitches properly, drops pitches, doesn't frame them well, doesn't call a good game, doesn't throw base stealers out, and/or doesn't block balls from getting by him, the game will be much tougher on the pitcher.

At the same time, the catcher's job is to constantly be reinforcing positive thoughts on the pitcher.

Part of his job is to motivate the pitcher and reassure him while they're on the field (by calling for a meeting on the mound) and then also in the dugout while his team is at bat.

There’s no rest for the catcher.

Catchers are constantly on the move, as mentioned earlier.

So, a good catcher will need to hustle on every single play.

On ground balls to the infield with no runners on base, for example, the catcher must serve as the backup to the first baseman, in case the ball gets by him.

He must also back up third base on plays at that base.

At the same time, he's constantly dropping in and out of his crouching stance to receive pitches and block them from getting by him.

"No pain, no gain" is a popular saying, and it applies very well to catchers.

Catchers must endure a level of pain throughout most games.

This includes dealing with foul balls that may hit him on protected and unprotected areas of his body. Some of these can hurt a lot, but he must shake them off and get to the next pitch.

In addition to foul tips, a catcher may come in contact with the ball when he's trying to block a pitch in the dirt.

Finally, the wear and tear of being up and down in the crouch position can cause pain in the knees and lower back.

Catching can be a brutal position to play, but it's one great catchers actually love.

This goes for just about every aspect of their game.

Catchers are unwavering in their effort to do a number of things.

They’re unwavering in their aim to keep every pitch in front of them.

This means either catching a pitch successfully in the glove or getting to the ground and blocking a ball in the dirt -- whether there are runners on base or not.

They’re unwavering in their aim to not let runners steal baseshelping the pitcher keep runners from straying too far off base with their lead and gunning them down if they attempt to steal a bag.

They’re unwavering in their aim to not let anyone score, positioning themselves properly when there’s a play at the plate. A catcher has a wide range of roles and responsibilities.

1. He Must Call a Good Game

How much responsibility a baseball catcher has in calling the pitches his pitcher will throw really depends on the level of baseball he's playing.

In higher levels of the game, the catcher may have full discretion on which pitches to call. In lower levels, it's unlikely he has any.

Still, he’s responsible for communicating to the pitcher what pitches to throw through signs.

He must also position himself properly on the plate so the pitcher knows where to throw the ball as well.

2. He Must Receive the Ball

A catcher's primary physical responsibility is to catch the ball.

It may seem obvious, but it's true.

If the catcher drops pitches often or if he's unable to block the ball to keep it in front of him, it's going to be a long, long game.

Before a catcher can focus on any other aspect of his game, he must get this part down.

3. He Must Lead by Example

In addition to being the vocal leader on the field, a catcher must lead by example.

This means that how hard he hustles will be seen by every other player on the field. They’ll follow what the catcher does and how the catcher reacts.

If the catcher doesn't hustle to back up a play, it's likely other players may not hustle to do the same.

If the catcher displays poor body language and frustration, it's likely that it’ll translate to the pitcher as well.

4. He Must Control the Running Game

The "flashy" part of being a catcher is controlling the running game.

When a baserunner attempts to steal, it’s the catcher's job to hop out of his stance and quickly fire a strike to the base to get him out.

This is a lot harder than it sounds.

First, a catcher must recognize with his peripheral vision that the runner is stealing.

Then, he must catch the pitch successfully.

Then, he must transition from a squatting position to a throwing position, transferring the ball from his glove to his hand.

Finally, he must throw a ball with extreme force to one of the bags.

And this all happens in a matter of seconds.

5. He Must Try to Contribute Offensively

While being a huge offensive producer isn't a requirement of a catcher, it's also imperative that he doesn't serve as an automatic out when he bats.

The primary offensive role for a catcher is to make contact, try not to strike out too much, and contribute as much as he possibly can.

By being an offensive contributor, he'll help extend innings, which will give his knees and back a rest from bending over. 4 Tips for a Baseball Catcher

Here are some tips for players who want to be a good catcher:

A catcher will be squatting for almost all of the time he spends on the field.

It's therefore imperative that a player learns the proper squatting technique and get comfortable with it.

If he has trouble doing that, he's most likely not going to be able to stay in that position for an entire game.

Once the squat is down, you need to practice catching balls from this position, and then blocking balls that hit the dirt.

Again, this is an unnatural position to be catching balls in, at least compared to other positions on the field.

The more you practice doing it, the easier it’ll become and the more natural it’ll feel.

3. Practice Throwing From the Crouch

Getting up out of the crouch position quickly can be difficult, especially for younger players.

The longer it takes to get out of the crouch, though, the less effectively you'll be throwing base stealers out and backing up other positions.

When a new catcher is learning the position, it's important for him to practice getting up and out of the crouch fast so that he can hustle to other bases and throw to other bags.

4. Play Other Positions, Too

The best way to learn other positions is to actually play them.

And since a good catcher will know what it takes to play other positions, it's a great idea to have younger players learn multiple positions and not just focus on being a catcher.

It’d be especially good to have an aspiring catcher try out pitching, so he can see what it's like on the other end.

The baseball catcher has one of the most demanding positions in the field.

Not only is he involved in every play, but he also must crouch in a position that can wear down his knees and lower back.

Many great catchers aren't great offensive players because of the demands of the position while in the field.

But most catchers don't mind this at all. They’re humble enough to know they don't have to be the star of the team to still make a huge impact.

Catching is a position that takes time to perfect.

So, the earlier you can teach a new player how to play the position and give him time to practice, the more likely he'll be to take a liking to the position.